Orangutans and Conservation with Dr. Biruté Mary Galdikas - Live at 1900

Please note, this event has expired. 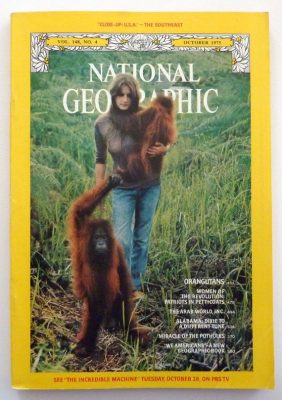 Join us on Saturday, October 19th for an engaging discussion with Dr. Biruté Mary Galdikas, the world’s foremost authority on orangutans.  Dr. Galdikas’ research on and conservation work with orangutans in Tanjung Putin, Borneo (Kaimantan, Indonesia) over 48 years is the longest continuous study by one principal investigator of any wild mammal in the world.  Dr. Galdikas is the Founder and President of the Orangutan Foundation International, dedicated not only to understanding the nature

Join us on Saturday, October 19th for an engaging discussion with Dr. Biruté Mary Galdikas, the world’s foremost authority on orangutans.  Dr. Galdikas’ research on and conservation work with orangutans in Tanjung Putin, Borneo (Kaimantan, Indonesia) over 48 years is the longest continuous study by one principal investigator of any wild mammal in the world.  Dr. Galdikas is the Founder and President of the Orangutan Foundation International, dedicated not only to understanding the nature of the orangutan but also to preserving their rapidly diminishing natural habitat.

Proceeds from this event will go towards OFI.

VIP Ticket – $100 – includes early entry at 2:00pm, ticket to discussion, reserved seating, meet and greet reception with Dr. Galdikas, food and drink by The Restaurant at 1900

Today, the situation facing wild orangutans is far more complicated than when Dr. Galdikas first began her studies.  As a result of poaching and habitat destruction, viable orangutan populations are on the edge of extinction and could be gone within the next 20 years outside of national parks and reserves.

Dr. Galdikas was born in Lithuania and grew up Canada and the US.  Her interest in primates began when, at age 6, she read Curious George.  As a graduate student in Anthropology at UCLA, Galdikas met the renowned anthropologist Dr. Louis Leakey at a lecture on campus in 1969.   She spoke with him about her desire to study orangutans.

Dr. Leakey had previously recruited Jane Goodall and Dian Fossey for their respective studies on chimpanzees and mountain gorillas.  After interviewing Birute, he determined that she had the passion to undertake fieldwork and supported her research on orangutans in their native habitats.

Goodall, Fossey and Galdikas came to be known as “Leakey’s Angels” for their studies of primates, though Leakey affectionately referred to as the “Trimates”.  “He felt strongly that women were better observers -more sensitive to cues in their environment, more patient – and that they would not attract the more aggressiveness of the male great apes in the same way that male paleontologist might.”1

Galdikas was the first to document the long orangutan birth interval which averaged 7.7 years at Tanjung Puting. She recorded over 400 types of food consumed by orangutans, providing unprecedented detail about orangutan ecology. She also helped elucidate the nature of orangutan social organization and mating systems.

Featured twice on the cover of National Geographic, and the author of scores of scientific articles and reviews, Galdikas has published four books, including her autobiography, Reflections of Eden.  Galdikas has also co-edited scientific volumes and served as Book Reviews editor for a primatological journal.  Galdikas has been featured in New York Times, Washington Post, Los Angeles Times, and numerous television documentaries such as CBC’s The Third Angel, Connie Chung’s Eye to Eye, and In the Wild with Julia Roberts.  The most recent documentaries include Kusasi, From Orphan to King; The Last Trimate; and the IMAX film, Born to be wild 3D,

Dr. Galdikas is Professor Extraordinaire at the Universitas Nasional in Jakarta and Full Professor at Simon Fraser University in British Columbia, Canada.   In June 1997, she won the prestigious “Kalpataru” award, the highest honor given by the Republic of Indonesia for outstanding environmental leadership. She is the only person of non-Indonesian birth and one of the first women to be so recognized by the Indonesian government.

In recognition of her achievements, Dr. Galdikas has received, among other awards, the following: