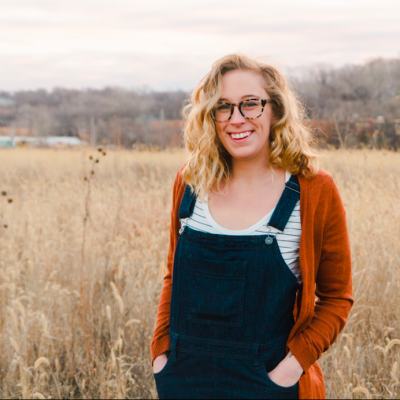 Samantha Slupski is a poet and mental health advocate based right in the heart of the Midwest. She first stepped on stage in December 2015 at Uptown Arts Bar in Kansas City, Missouri, and stage has been her home ever since. She currently serves as the Executive Director of Poetic Underground, Slam Master of Kansas City Poetry Slam, co-director of Chameleon Arts, a board member for Fountainverse, the Kansas City Small Press Poetry Fest, an ARTS KC grant recipient, and was voted the 2nd best spoken word artist in The Pitch‘s Best of 2017.

Samantha’s first book of poetry was published in January 2017 by EMP Press in Kansas City, MO, has been published in various online journals such as Pressure Gauge Press, Blue Mountain Review, and Jazz Cigarette, and has been published on the Write About Now Youtube Channel. She has performed at Midwest Word Fest 2016, and has competed in Texas Grand Slam 2016 and 2017.

She is known in her beloved city as the “Queen of Sad,” due to her Sad Poetry™ but can most often be found smiling while drinking coffee or playing with other people’s dogs.