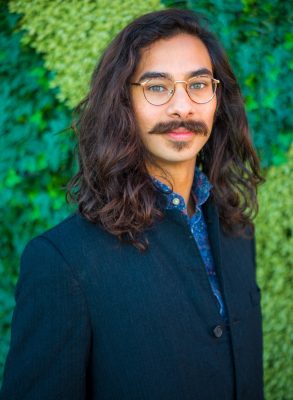 Robert Castillo is a KC native who returned home in the fall of 2016. After attending North Kansas City High School he moved to Illinois, where he attended North Central College, receiving a B.A. in Jazz Studies. It was during these college years when Robert began nourishing an interest in visual art.

A week after graduating, Robert moved to Oregon. After two months subletting in Portland he accepted a position with AmeriCorps as the Fossil Elementary School music teacher in Fossil, OR (pop. 473). The small town life afforded Robert time to explore various creative outlets and partake in online math and science courses. The music for The Sextet‘s debut album was written during this time. “In a Natural State” was listed among the Top 10 Albums of 2016, according to KMHD Portland Jazz Radio. Robert began to incorporate color into his sketching throughout this period.

Robert moved back to Kansas City in the fall of 2016. Since then The Sextet has recorded a second album, with plans to release a third in the Fall of 2019. Robert is on the committee for the Latino Arts Festival and Arts as Mentorship. Art showings and musical performances can be found at www.robertcastillo.art.