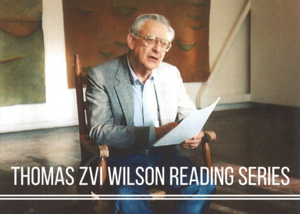 Presented by The Writers Place at Johnson County Library

Join us at the Johnson County Library for writers Pat Berge and Tasha Haas.

Tasha Haas is the author of the short story collection, Certain Dawn, Inevitable Dawn (Woodley Press), which was a nominee for the Thorpe Menn Award for best book published in the Kansas City region in 2010. She earned an M.F.A. in Fiction Writing from Bowling Green State University in 1998. Her stories have appeared in Conjunctions, South Dakota Review, Flint Hills Review, Stickman Review, and elsewhere. She teaches creative writing and children’s literature at Kansas City Kansas Community College. She was awarded the Langston Hughes Award for Fiction Writing in 2004, and has earned competitive writing residences in Costa Rica, Lithuania, and Arkansas. Tasha is also a musician and artist, and lives by a creek at the edge of the woods with three German Shepherds.

Sometimes dreams do come true.  Pat Berge‘s dream is to bring storytelling and writing alive in small, intimate circles.  Pat, while studying for her MFA under Professor John Schultz at Columbia College, Chicago, found John had a dream, too.  It came alive in workshops of ten students at a time, sitting in a circle. Students are coached to see a moment happening in a place in their minds, then tell that story to the group.  Once stories flow around and across the circle, they can easily be captured on the page.

This became the root of the story workshop method now used with writers who gather weekly at Mud Pie on 39th in Kansas City, Missouri.  Storytellers and writers tell their way into memoir, novel, letter, poem, or just a note to a good friend.  Ten writers recently shared their stories from coast to coast, from South America, and from a Japanese Internment Camp to Kansas City culminating in the publication of Mud Pie Writers Anthology 2017.