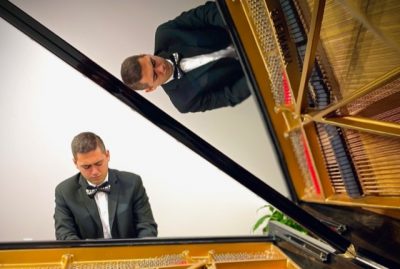 Presented by Charlotte House Series at The Tracy House

The Charlotte House Series is thrilled to welcome for the first time Kansas City-based pianist Miles Swaminathan to perform on its series. Miles’ performance will feature the entire first book of Debussy Préludes and the virtuosic Liszt Réminiscences de Norma, and promises to be one of the most exciting concerts the Series has ever presented.

Miles Swaminathan, 18, has studied piano for the past 11 years. Since winning his first piano scholarship at the age of 11, he has participated in chamber music festivals, attended the Indiana University Piano Academy from 2016 through 2019 as a merit scholar, and attended the 2020 Curtis Institute of Music’s virtual Young Artist Summer Program.

Since his public debut in 2018, he has given several solo recitals, performed at the Kauffman Center for the Performing Arts, performed in summer program honors recitals, and was invited to do a live broadcast on Kansas Public Radio prior to the pandemic. He has won first prize in local piano competitions with special recognition for both artistry and technique. In both 2019 and 2020 he won the MTNA Senior Piano competition for the State of Kansas, and each time he was named the alternate winner for the West Central Division. Miles also performed with the Midwest Chamber Ensemble in the fall of 2021.

In May of 2022, Miles, a City, State, and Regional Daughters of the American Revolution (DAR) Good Citizen Scholarship winner, as well as a two-time President’s volunteer Service Gold Award winner, graduated in the academic top 10 of his senior class from Olathe Northwest High school, and earned his Endorsement with High Honors in the district’s 21st Century Engineering Academy.

A National Merit Commended student, Miles has studied piano with Dr. Robert Weirich for the last four years. And as a returning performer at Kansas Public Radio post-pandemic, Miles, a recipient of both the Alice Adele Freese Scholarship and the Premier Young Artist Award, will be attending the prestigious Jacobs School of Music at Indiana University, Bloomington, Indiana, to earn his Bachelors of Music in Piano Performance. He will study with Professor Jean-Louis Haguenauer.

The Series wishes Miles all the best as he embarks on the next chapter of his performance career.