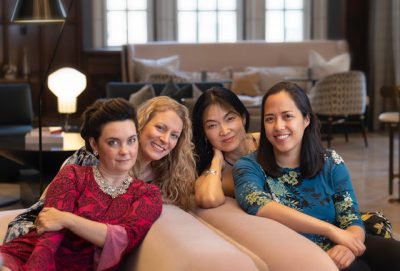 Bach Aria Soloists is dedicated to presenting the genius and relevance of Johann Sebastian Bach, his contemporaries and those he inspired. The ensemble’s repertoire is adventurous and broad, including, but not limited to, chamber music from Baroque to Contemporary, arias, art songs, Contemporary commissions and more.

Bach Aria Soloists’ Bach Inspired Concert was selected as arts critic Paul Horsley’s Best of Fall 2021. Bach Aria Soloists held the distinct honor of being named Arts Organization of 2020 by the Missouri Arts Council. BAS’ concerts were named as “one of the highlights” of each year since 2015 by the Kansas City Star. In July 2016, BAS made its Asian debut at the Thailand International Composition Festival as Ensemble-in-Residence and was awarded the USArtists International grant from the Mid-Atlantic Arts Foundation, National Endowment for the Arts and the Andrew W. Mellon Foundation.

Subscription or membership information, if applicable. :

Bach Aria Soloists is MACSafe certified for following protocols that the state has put in place for CoVid safety. We are requiring masks for all indoor Community Concerts and encouraging social distancing at all events.  All BAS musicians, staff and board are vaccinated and we require all artists with whom we collaborate to be vaccinated. We would encourage all audience members to be vaccinated for the safest experience for all at a BAS event.