“Homage to Josef Albers & the Square”

An intimate Showcase with unique Works and Editions

In the front of the gallery #“An Homage to Josef Albers & the Square“ features works by one of the most well-known artists of his time. #Josef Albers profoundly influenced the Abstract Expressionism movement, as well as the tendency within Color Field Painting and Minimalism during the twentieth century. He not only was an artist, but also for decades published extensive theoretical work

In the front of the gallery #“An Homage to Josef Albers & the Square“ features works by one of the most well-known artists of his time. #Josef Albers profoundly influenced the Abstract Expressionism movement, as well as the tendency within Color Field Painting and Minimalism during the twentieth century. He not only was an artist, but also for decades published extensive theoretical work proposing that color, rather than form, is the primary medium of pictorial language. The exhibition focuses on his series Homage to the Square and related works, which he started producing in 1949 until his death in 1976. Albers used a single geometric shape to systematically explore the vast range of visual effects that could be achieved through color and spatial relationships alone.

With over 1000 related works “Homage to the Square” is Josef Albers’ signature series. Albers began this body of work in 1949 and continued to develop until his death in 1976. His conviction that insight is only attained through “continued trying and critical repetition” is reflected in the sustained attention to a single aspect of painting. The works displayed in this small and intimate exhibition exemplify his basic approach to exploring the mutability of human perception and the range of optical and psychological effects that colors alone can produce depending on their position and proximity.

Albers chose a single, repeated geometric shape, which he insisted was devoid of symbolism, to systematically experiment with the “relativity” of color, how it changes through juxtaposition, placement, and interaction with other colors, generating the illusion of attraction, resistance, weight, and movement. As in his earlier monochromatic and linear studies, this series explores the potential of static two-dimensional media to invoke dynamic three-dimensional space.

In the gallery back we have extended our showing of #“Il Etait une Petite Pie“ – Original Drawings and Gouaches by #Joan Miró with texts by #Lise Hirtz. The exhibit features six of the eight proofs (dummies), which were used to print the “pochoirs” of the first illustrated book by Miró. He created one of the most imaginative books for children and far beyond its time. Hirtz was the editor of Le Phare de Neuilly, which frequently published articles relating to surrealism.

Miró moved to Paris in 1919 where he was introduced to a surrealists group in 1924 by his neighbor Andre Masson, who shared his studio. Among these artists Miró found he inspiration for his work. But it was mostly the black humor of surrealists that dominated his creations. In August 1927 Paul Eluard sent Miro poems by Lisa Hirtz. Her first publication was “Il était une petite pie (There was a little magpie)” (with 8 pochoirs by Joan Miró) in 1928.

For all press inquires and group visits, contact Philipp Eirich at info@cerberagallery.com. We encourage local museums and art groups interested in private tours to book dates in advance since this exhibition will only be on view for a couple weeks.

Arrived just in time for our new Salon are works by German photographers #Thorsten Brinkmann and #Thomas Florschuetz, works on paper by #Guenther Uecker, #Hans Hartung and #Tamara Walker, ceramic works by #Melanie Sherman, #Rain Harris, #Amy Young as well as a large selection of jewelry by artists such as #Cydney Ross, #Sam McPherson, #Angelica Sandoval, #House of DeBoer, #Carly Slade, #Jennifer Watsona and #Jen Wilkenson. We also have a very limited number of discounted necklaces dipped in gold and platinum luster by #Melanie Sherman in our jewelry section. Check them out while they last!

As usual on #First Friday we’ll have chilled background tunes coming from our very own DJ Deep House Cat and will be serving libations and snacks. Our doors will open at 3pm, so make sure you’ll stop by!

A Friendly Note from Lili Komondor: Phil usually shares our gallery news in Cerbera’s official Facebook page.As many of you know, I am Cerbera Gallery’s Permanent Resident. Daily surrounded by great works and connected with the most awesome artists, I asked him to open my own Facebook page. There you will find not only Cerbera news but also news from hundreds of our friend artists, exhibitions, grants, residences, workshops and of course, a daily dose of great msic. 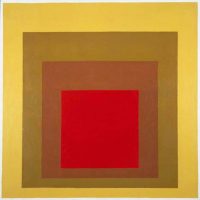 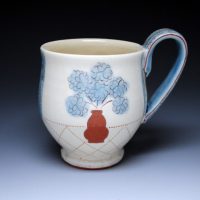 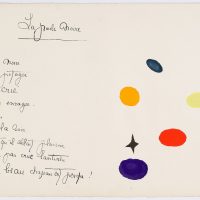 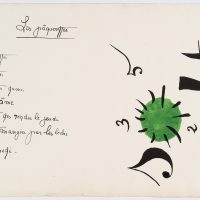 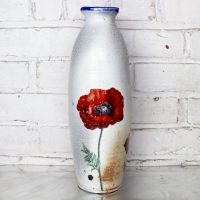 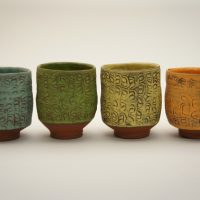 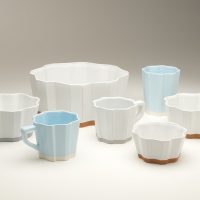 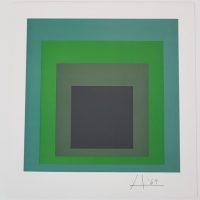 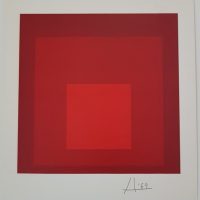 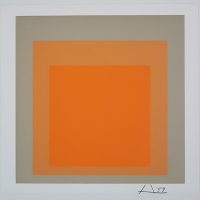